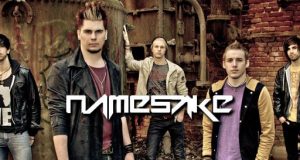 What Hands Are For Lyric Video

New Lyric Video from What Hands Are For for their new single “Jungle Riots,” a follow-up track to their Anchor Eighty Four Records debut Please Believe Me.  The track was produced by Kyle Black (Breathe Carolina, Set Your Goals, All Time Low) Click below to watch   [...]