This months Taking Back Tuesday Emo Night LA event sold out both floors of The Echo/Echoplex and featured surprise appearances from Ryan Ross of Panic At The Disco, Gabe Saporta of Cobra Starship, along with a DJ Set from Jack Barakat of All Time Low, and a dj set followed by an impromptu acoustic session by Chris Conley of Saves the Day

Watch Chris Conley perform “At Your Funeral” and “Three Miles Down” below!

Emo Night LA is a monthly event at The Echo in LA featuring DJ sets and guest DJs playing some of their favorite tracks from the good old days. This years emo night brought in so many new things including two stories of nostalgia, food vendors, and live bands on the top floor. The event will aslo be hitting the road starting in may performing a series of Emo Nights along the west coast 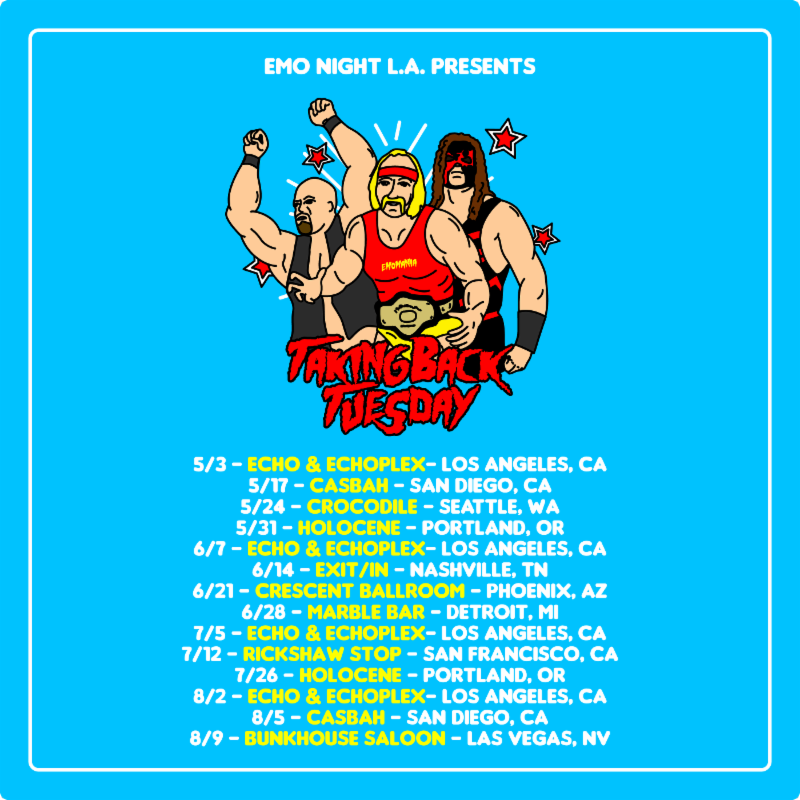