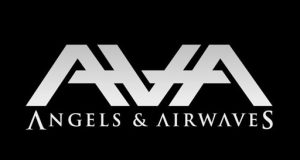 I cant wait for this one, Angels and Airwaves will be re-releasing their 2006 album We Dont Need To Whisper reimagined as an acoustic album! Check out a clip posted by Tom Delonge on their instagram below!   Can't wait any longer! This sounds so damn good. WDNTW acoustic album. #Repost @tomdelonge with @repostapp ・・・ [...] 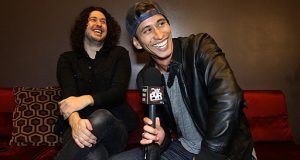 Angels & Airwaves debut a brand new EP Chasing Shadows which will coincide with Tom DeLonge’s new book Sekret Machines: Chasing Shadows To celebrate, the band posted the EP for stream below! You can grab the new EP HERE and the new book HERE [...]

Tom DeLonge debut a new clip from the upcoming Angels & Airwaves EP Chasing Shadows listen tot he clip below!   #ChasingShadows @angelsandairwaves Posted by Tom DeLonge on Thursday, February 4, 2016 Chasing Shadows is set for release later this year, you can preorder the album for $3.99 HERE [...]

Angels and Airwaves Debut “Home” off …of Nightmares

Angels and Airwaves debut a brand new song called “Home” off part two of their multimedia project Poet Anderson… listen below! The next installment of the critically-acclaimed story of Poet Anderson …Of Nightmares includes a full length novel written by Tom DeLonge and NYTimes Bestselling author Suzanne Young coming out on October 6th and will [...]

Angels & Airwaves is crossing the music-literature boundary this fall with an announcement that they will release Tom Delonge and Suzanne Young‘s first Poet Anderson graphic novel …Of Nightmares along with Angels and Airwave EP of the same name October 6th The graphic novel an EP is just part of the Poet Anderson saga that [...]

Angels & Airwaves posted a new music video for “Tunnels” off their new album The Dream Walker “TUNNELS. A song about life after death and the journey we take in the “tunnel” towards the light once we pass. This song took two years to write. It was the first song written for The Dream Walker and it was finished [...]

I know what I’m listening to while i study for finals, Angels and Airwaves is streaming their new album The Dream Walker before its release tomorrow! Listen through Rolling Stone HERE [...]

Angels & Airwaves posted another new trailer for their upcoming album The Dream Walker due out next week! Listen below! Get now on itunes: https://itunes.apple.com/us/album/the… The Dream Walker limited edition products now available on  https://www.AngelsAndAirwaves.com [...]