Anthony Green Releases Surprise Album “Would You Still Be in Love” 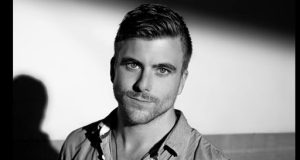 Anthony Green surprised fans today with the release of a new album titled Would You Still Be in Love You can stream it HERE   [...]

Anthony Green (Circa Survive, Saosin) is streaming his brand new album Pixie Queen before it hits shelves next friday 9/9/16. Listen via the AV Club HERE Earlier this summer Anthony Green debut a new music video for the track  “You’ll Be Fine” which you can watch below! Pixie Queen, Green’s 4th solo album, was produced [...]

Circa Survive, Soasin front man Anthony Green debut a brand new track off his solo album Pixie Queen. “It’s a super happy sounding song that’s about codependency and other sad shit. Kind of like when you start laughing at something horrible and you’re not sure why. Just like any relationship, it started as a love [...]

Anthony Green posted a new acoustic video for the track “Cellar” off his solo acoustic album Pixie Queen watch below! “The song was originally written by my friend Jeremy SH Griffith. I heard a working demo of it on an overnight drive and it possessed me. All I wanted to do was learn it, fuck [...]

Anthony Green Debuts New Track “From What I Understand”

Anthony Green has been busy as frontman of Circa Survive, writing a new record and performing with Saosin, and also completing a new album as a solo artist. Today he debut a new track called “From What I Understand” off his upcoming solo album Pixie. You can listen to the track and read a bit [...] 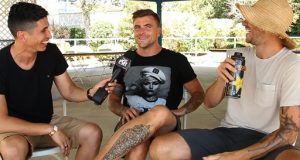 Anthony Green (Circa Survive, Saosin) announced that he will be releasing a new solo album called Pixie Queen with more details on the album coming soon. Green will be celebrating the upcoming album with a 22 date tour kicking off September 2nd in Massachusetts “Very excited to announce the Pixie Queen Tour with special guests [...]

Anthony Green (Saosin, Circa Survive) posted his facebook that he is done recording what looks like a new solo album with speculations being that it may be named Pixie Queen due to the hashtag on the post   [...]

California rejoince! Anthony Green announced he is hitting the road with Aaron West and the Roaring Twenties, I Can Make A Mess, and Elder Brother in January VIP tickets are available for a limited time: www.SHOWstubs.com/anthonygreen [...]