Courage My Love posted a new christmas video for the 80s hit “Last Christmas” by George Michael It’s been an amazing year for us, full of adventure, amazing opportunities and great experiences. The biggest thank you goes out to all of you, the people who support us and give us the drive to keep going [...]

Courage My Love announced they will be supporting Burn Halo on their upcoming Wolves of War Tour with Heartist, Run 2 Cover, XXI and Against Himself (select dates) starting September 5th “We’re so excited to hit the road with Burn Halo and Heartist in the USA. All the bands on this tour and very talented [...]

Courage My Love Sign with InVogue, to release ‘Becoming’ EP with 6 New Tracks

Toronto based 3 piece Courage My Love announced that they are signing onto InVogue Records and will be re-releasing their 2013 EP Becoming with 6 new tracks on March 24th “We’re really proud and excited to announce that we are now official members of the InVogue Records family! We will be releasing a special remastered, FULL-LENGTH edition of [...]

Ontario, Canada natives Courage My Love ended their run on Warped tour with an announcement today that they will embark on “The Lost Causes Tour” US tour starting in November check out the dates below Also be sure to check out our acoustic and interview with Courage My Love from vans warped tour below! [...] 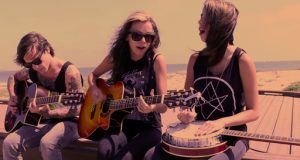 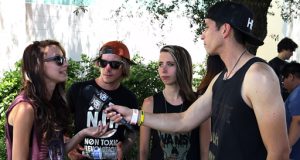 Courage My Love performed an exclusive acoustic rendition of “Low” for Hot Topic.   [...]

Canadian Rock Trio, Courage My Love, have announced they will be playing Vans Warped Tour this summer. Watch the video announcement with Robert Herrera below. Stream their latest EP, Becoming, here. [...]