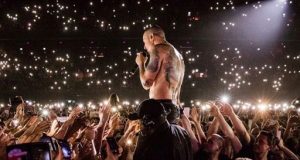 One Ok Rock Debuts Lyric Video for “Take What You Want” ft. 5 Seconds of Summer

One Ok Rock Debut “We Are” off Upcoming Album ‘Ambitions,’ Announce Tour Support

One Ok Rock just dropped their official music video for “We Are” off their upcoming album Ambitions watch below! The track is off Ambitions due January 13th via Fueled By Ramen/A-Sketch. Preorder HERE The band also announced that Cruisr, Our Last Night, and Acceptance will be supporting the band on a US Tour. Check out [...]

One Ok Rock Debut “I Was King” Official Visualizer

One Ok Rock just debut the official Visualizer for “I Was King,” a new track off their upcoming album Ambitions Last month One Ok Rock announced that they are joining Fueled By Ramen and will be releasing their Ambitions on January 13th. Listen to a few more tracks below! The new album will feature guest [...]

Japanese rockers One Ok Rock announced that they have joined Fueled By Ramen and will be releasing their brand new English language album Ambitions January 13th on Fueled By Ramen. The band released two new tracks from the album called “Taking Off” and “Bedroom Warfare” listen below! Their new album will feature guest vocals by [...]

One Ok Rock debut a brand new music video for “Taking Off” watch below! ‘Taking Off’ – available now on Fueled By Ramen. Download it now: http://smarturl.it/OORTO-itunes [...]

Japanese rockers One Ok Rock announced that they have joined Fueled By Ramen and with that announcement they debut a brand new single called “Taking Off” which you can listen to via spotify below! Take a look back at our interview with One Ok Rock talking about a new album, country music and more A [...]

ONE OK ROCK Announce Tour with 5 Seconds Of Summer 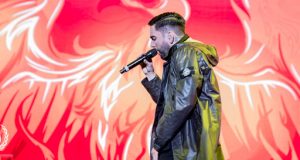