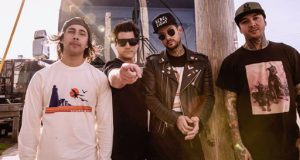 Earlier this week Pierce the Veil tapped into their inner 90s kid for their music video for “Today I Saw The Whole World” today the band posted the behind the scenes video watch below! Watched the finished version below! [...]

Earlier this week Pierce The Veil debut an acoustic for Today I Saw The Whole World. Today they released a new music video for the track “I grew up watching massive amounts of MTV music videos throughout the 90’s,” recollects lead singer/songwriter, Vic Fuentes. “I would record all of my favorites on VHS tape, watching [...]

Pierce The Veil debut a new EP today featuring an acoustic version of “Today I Saw The Whole World” alongside the original. Listen via Spotify below! or via Apple Music HERE     [...] 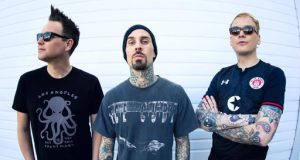 Various bands are doing their part to help provide support for Hurricane Harvey Relief by releasing limited edition Texas themed shirts (and in the case of Fall Out Boy all proceeds from their Texas show) in support of relief efforts. All proceeds will go to the Red Cross and other relief efforts. Check out a [...]

Pierce The Veil Announce Fall Tour With Rise Against 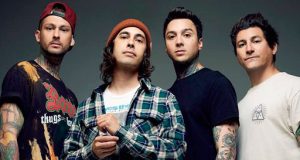 Pierce The Veil announced a fall tour this fall with Rise Against kicking off September 14th in Abbotsford, British Columbia and concluding in Asbury Park, NJ on October 6th! The bands will be joined by White Lung who will open the sets for all dates. “It’s such an honor to be asked to tour with [...]

Pierce The Veil pulled out the acoustic guitars for a cover of Green Day’s track “Coming Clean” as part of Spotify’s Green Day: The Early Years series listen below!   [...]

Pierce The Veil Announce ‘We Will Detonate! Tour’ With Sum 41 and Emarosa

Pierce The Veil announced the We Will Detonate! Tour with Sum 41 and Emarosa! “The fuse is burning and we’re counting down the days till the ‘We Will Detonate! Tour’ this Spring,” Exlciams lead singer-songwriter Vic Fuentes, “We are honored to be hitting the stage every night with legends Sum 41, old friends Emarosa and [...]

Pierce The Veil Post “Floral & Fading” Behind The Scenes

Pierce The Veil takes you behind the scenes of their trip back to the 70s for the “Floral & Fading” music video watch below! The track is off their new album Misadventures [...]

Pierce The Veil is heading back to the 70s for their music video for “Floral & Fading,” and the haircuts and fashion are on point. Watch below! “We weren’t really sure what kind of song we were making when we recorded ‘Floral & Fading,'” frontman Vic Fuentes explains. “It was sort of a studio experiment [...]

Pierce The Veil Announce Tour With Falling In Reverse, Crown The Empire

Pierce The Veil just announced the Rest In Space Tour with Falling In Reverse and Crown The Empire Presale tickets and VIP packages are available HERE [...]