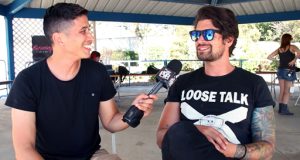 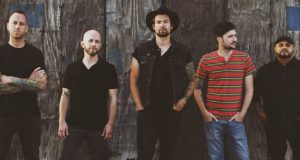 Taking Back Sunday announced that they will be releasing a new album called Tidal Wave September 16th on Hopeless Records The album started between the Happiness Is tour will be kicked off with the titular track which they began performing live. Read a little more about the album at EW HERE More info as it [...] 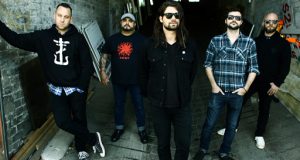 Taking Back Sunday announced through an interview with altpress that they are aiming to release a new album this fall via Hopeless Records “During this process we’ve been discovering and surprising ourselves in realizing how good of a band we’ve become. Not to go full Kanye but none of us can believe, when we’re listening [...] 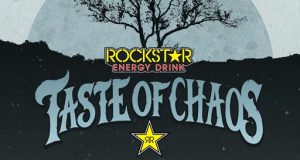 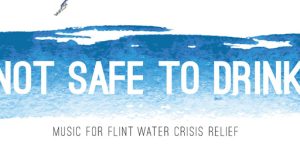 Last week Taking Back Sunday, Anti-Flag, Craig Owens, We Came As Romans and a bunch more bands came together to release Not Safe To Drink: Music For Flint Water Crisis a 60+ track complilation album to provide relief to the city of Flint, Michigan which experienced a water crisis when their water source was changed [...]

Looks like we shall be getting some new Taking Back Sunday this year, the band posted a picture from the studio hinting at what is to come “Doing some writing in Charlotte this week. Feeling inspired…” via TBS Facebook [...]

Taking Back Sunday announced a series of additional dates for their summer/fall tour with support from Citizen and Modern on the September dates. The band also announced they will be playing Riot Fest in Chicago September 11-13 Taking Back Sunday Tour Dates: June 23 – Honolulu, HI – The Republik June 22 – Cleveland, OH [...]

Taking Back Sunday is burning down their past in a new music video for Better Homes And Gardens off their latest album Happiness Is… TBS recently re-released the album as a limited edition 7″ Box set that included 6 previously unreleased tracks called Happiness Is: The Complete Recordings grab it HERE [...]

Pacific Ridge Records to Release ‘A Tribute To Taking Back Sunday’

This should be interesting Pacific Ridge Records is set to release A Tribute To Taking Back Sunday April 14th check out the track listing below! 1. A Decade Under The Influence (Everyone Dies In Utah) 2. This Photograph is Proof (I Know You Know) (Count To Four) 3. One-Eighty By Summer (Shapes & Colors) 4. Call Me In The Morning [...]