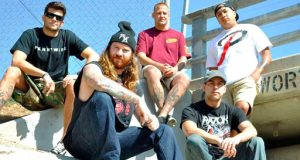 LA based hardcord band Terror debut a new track off their upcoming album called “The Solution” listen below “We’re very glad to finally get a new song off The 25th Hour out. This is the hardest hitting song that we’ve had in a while. The lyrics are about children that had grown up in households [...] 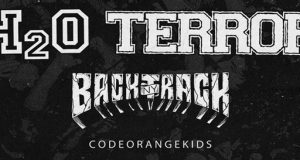 Los Angeles hardcore outfit, Terror, will be hitting the road February 2013 on a co-headline tour with H2O. The tour will run from February 1st in Washington DC to March 3rd in Richmond VA and will feature BACKTRACK and CODE ORANGE KIDS as support. TERROR has also announced a new album next year. Recorded by [...]