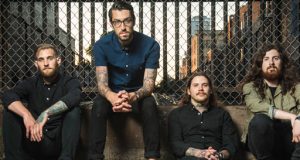 Now this is cool! The Devil Wears Prada posted a cover of Julien Baker’s track “Sour Breath” “We were most flattered when Julien mentioned covering our songs way back when,” singer Mike Hranica said. “With that, we thought it would be interesting to cover one of hers. I suppose it sort of explains itself.” Listen [...]

The Devil Wears Prada Announces No Sun / No Moon Tour

The Devil Wears Prada announced that they will be heading out on the No Sun / No Moon tour this fall with support from Veil of Maya, Thousand Below, and a special guest to be announced soon! All attendees will recieve a download card for the upcoming No Sun / No Moon documentary chronicling the [...] 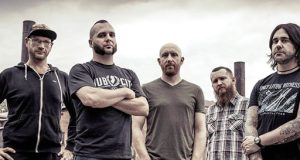 Killswitch Engage and Anthrax announced that they will head out on a spring C0-Headline tour with The Devil Wears Prada and Jamey Jasta’s (Hatebreed) solo act for the first half of the tour and Code Orange for the second half kicking off April 11th. The tour kicks off March 29th and wraps may 7th. Tickets [...] 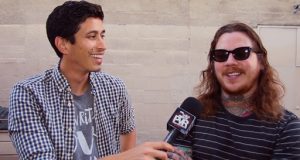 The Devil Wears Prada posted another “Story behind the song” video featuring frontman Mike Hranica talking about “To The Key Of Evergreen” watch below! ‘To The Key of Evergreen’ is a song based off of my favororite love story, a novel called ‘Lolita,’ by Vladimir Nabokov, specifically in the travels between the narrator and his [...]

The Devil Wears Prada just released their new album Transit Blues today October 7th and the band is streaming the entire album to celebrate. Listen below! Transit Blues is out now. Grab it HERE. Starting October 11th the band will hit the road with Memphis May Fire, Silverstein, and Like Moths to Flames for the “Rise [...]

The Devil Wears Prada debut another new track called “The Condition” which continues to outline the new sound for their forthcoming album Transit Blues listen below! Earlier this month the band debut the music video for their track “To the Key Of Evergreen” which you can listen to below! TDWP will bereleasing their new album [...]

The Devil Wears Prada Announce 2016 ‘Rise Up Tour’ With Memphis May Fire, Silverstein

The Devil Wears Prada announced that they will co-headline the Rise Up Tour with Memphis May Fire, Silverstein (10.16-11.04), and Like Moths To Flames. The tour kicks off in Denver on October 11 and will cross the country ending in Berkeley, CA on November 4th. Tickets go on sale this Friday, August 8th. Grab tickets [...]