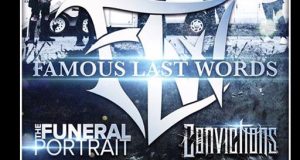 Famous Last Words and Funeral Portrait announced they are heading out on tour kicking off at the Launch Music Conference in Lancaster, PA on April 15th. The bands will be bringing out Convictions for the tour that concludes april 25 in Nashville, TN. Famous Last Words will be supporting their latest album The Incubus (grab [...]

Farewell, My Love Announce Co-Headline US Tour with The Funeral Portrait 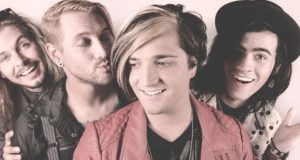 Farewell, My Love announced that they will be heading out on The New Era co-headlining tour with The Funeral Portrait and special guest Matt Skajem (Best Kept Secret, Out With The Old).  “This tour represents a new beginning for the bands on the package and is a celebration of that. We’ve missed our fans so [...] 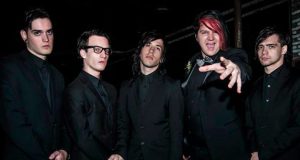 The Funeral Portrait, which AP calls theatricore for its mix of theatrics and metalcore in their performance, debut a new music video for their track “Meanwhile” showing off their new sound and giving fans a taste of what to expect in their upcoming record The Funeral Portrait is currently on tour with Davey Suicide check [...]