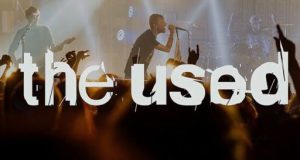 The Used announced that they will be hitting the road this spring with Red Sun Rising and The Fever 333. The tour also includes a series of festival appearances including select dates on the 2018 Vans Warped Tour. Presale goes live today at 2pmlocal time with GA tickets launching this friday at 10am. Pick them [...] 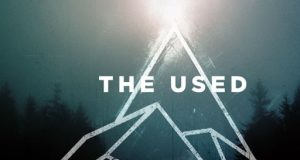 The Used debut a brand new music video for “Rise Up Lights” and true to form it is colorful, intriguing, just a bit disturbing, and completely unpredictable. Watch below! The track is off their new album The Canyon which is out now on CD, digital, and vinyl [...]

The Used just dropped their 7th studio album today with the release of The Canyon. The album produced by Ross Robinson (The Cure, At The Drive In) features 17 tracks recorded entirely on tape with no more than 3 takes used on each song. Written out of pain and loss, The Canyon is tragic and [...]

The Used debut a brand new lyric video for the track “Rise Up Lights” the second track off their upcoming album The Canyon. Also check out their absurdist video for “Over and Over Again” below! Their new album The Canyon is set for release this Friday October 27th on Hopeless Records. Preorders are available HERE [...]

The Used Announces Fall US Tour With Glassjaw

Now this should be an epic show, The Used just announced that they are heading out on a US tour with Glassjaw kicking off October 27 in San Francisco! Presale tickets go on sale tomorrow, August 22nd,with GA tickets going on sale Friday August 25th 10am local time. Pick up tickets and more info HERE [...]

The Used announced that they will be re-pressing their iconic self-titled and In Love and Death as limited edition vinyl. The limited edition variants will premiere Friday August 26th and will also be available to fans on the second half of the 15th Anniversary tour. Presales are live now! You can grab your copy HERE [...]

The Used Add 2nd Leg to #TheUsed15 US Tour

The Used Announce Live And Acoustic At Amoeba March 30th 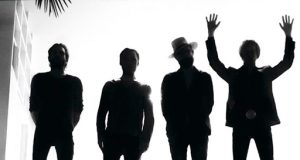 The Used announced a very special Live and Acoustic show featuring Gospel Singers and a String Quartet in celebration of of Live An Acoustic at The Palace. The once in a lifetime event will take place at Amoeba music Hollywood on March 30th kicking off at 6pm. The album goes live April 1st worldwide but [...]