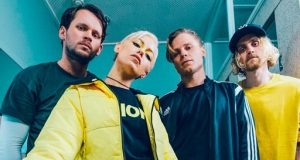 Tonight Alive debut a brand new music video for their track “Disappear” which features vocals from Lynn Gunn of PVRIS watch below! “Disappear is a song about the escapist inside all of us. As you can expect from Tonight Alive, the lyrics discuss freedom, but this time with a flavour of anonymity and detachment. Disappear [...]

Tonight Alive announced that they will head out on a string of US acoustic in-store performances and signings coinciding with the release of their new album Underworld on January 12th. Fans who pre-order the album directly from the store will recieveguaranteed entry to the acoustic set and signing. Check out the dates below! Upcoming In-Store [...]

Tonight Alive debut a brand new music video for “Crack My Heart” off their upcoming album Underworld “The concept of cracking the heart is to allow the precious, vulnerable self to come through and be free. The painful, yet liberating experience involves the emotional and energetic decalcification of the hardened heart. The lyrics follow my [...] 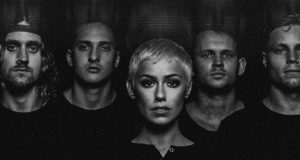 Australian rockers and personal faves Tonight Alive announced that they are signing on to Hopeless Records in the states and UNFD in Australia and New Zealand. To celebrate, the band debut a brand new music video for “World Away” ‘World Away‘ is a continuation of our quest for self understanding and empowerment, but this time [...] 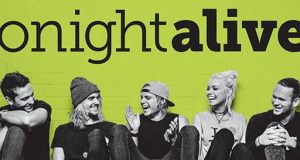 Tonight Alive posted a picture announcing that they are busy at work writing a new album! More info as it arises! [...] 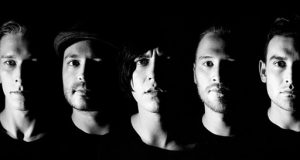 Sleeping With Sirens announced that they will be heading out on the End The Madness Tour with State Champs, Tonight Alive, and Waterparks Tickets and VIP packages go on sale this Friday HERE Check out the dates and grab tickets HERE [...] 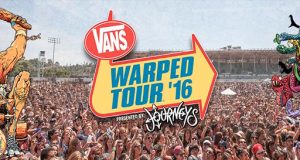